Meet the women paving the way in the boutique hotel sector

How are these women challenging the sector? 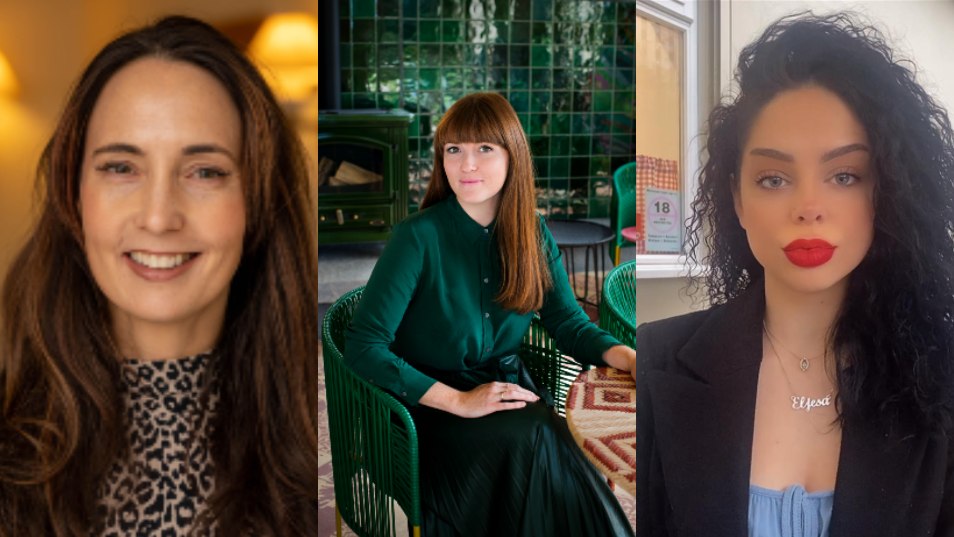 Men have long since dominated top roles in the hospitality trade, yet there are the women breaking stereotypes and taking the industry by storm in managerial positions. We spoke to some of them for International Women’s Day 2022.

Eljesa Saciri, manager at the Zetter Townhouse, Marylebone, has been in the trade for seven years. However, her journey hadn’t been without hurdles. “The ones that stuck with me? Being considered too loud, too overpowering, too intimidating,” she said. “All of this I am powerful and refused to allow my voice to be unheard.”

Being young, female and having a foreign name added to challenges faced throughout her career. She commented: “I felt I had to mirror men in order to be on par with those in ‘power’ who were generally men, I had to be like them in strengths, but work twice as hard just to prove that I earned my seat at the table.

“I have, in past been made to feel that I am too difficult, solely because I needed to ensure my perspective was seen, my time was prioritised and my accomplishments were valued.”

However, Saciri refused to compromise on who she was.

“I am unapologetic for the person I am, powers, flaws and all”

Women, according to Saciri, continued to be devalued for their craft. She believed true equality could never be achieved unless the notion women could not achieve the same things as men, if not more, was scrapped. This included the stereotype that women were too gentle, empathetic and vulnerable to be leaders.

She said: “We are still working harder and quieter than anyone else, being grateful for any opportunities even through our own merit. Stop being so apologetic, we do not need to apologise for the space we occupy in the room.

“We need to work towards ensuring that the next generation we are influencing are aware that they are limitless and have the same favours as men in the industry.”

Build alliances, network, ensure you are being heard, boast about your achievements and do not hide behind anyone, was Saciri’s advice to current female leaders.

“If you are not support by those beside and above you, walk away and find people who will,” she said, “bring other women up with you.” However, she also reminded leaders to be kind to the parts of yourself that are still learning.

While there was a long way to go before gender equality was achieved, Saciri said there was greatness, daily, from inspiring women in the industry.

“Focus on the output and results that we are achieving, not image building,” she concluded. “We cannot wait for anyone to change the game for us, it is in our hands to do so.”

Jessica Parkhouse, head of communications at the Newt in Somerset, had faced hurdles throughout her 10 years in the communications industry and three years in hospitality.

“As the youngest member of our senior management team, I had to quickly learn - for my own benefit and self-confidence, more than anything else - that my seat at the table, my contribution, was as valid as anyone else's,” she said.

The best advice Parkhouse had received was to learn when to apply perfectionism and when to just get the job done. “You can’t apply 100% of your energy to 100% of your tasks,” she commented. She also advised other women to stop apologising.

Social media had boosted the position of women in the industry, as provided a platform for industry professionals to learn and network. However, there were still hurdles in place for both men and women.

She said: “Hospitality is all about people - it's face-to-face and 24/7, so flexibility is likely still a barrier for many women - and men of course, as it's not only a women's issue.

“Sometimes the biggest barrier can be getting out of your own way - not falling into those traditionally 'female' habits of being the person who offers to make tea or take notes, for instance.”

More women needed to be in senior positions, to break the industry’s biases, she added.

“Old keys will never open new doors,” was Eloise Gordon’s advice to women in the sector. Gordon has, who works in sales and marketing at Whatley Manor Malmesbury, Wiltshire, said: “It’s better to know your worth sooner than later. Move different if you want different.”

While there were some formidable women in the industry such as Sue Williams MI FIH, general manager at Whatley Manor who is ensuring sustainability is at the top of the agenda in the hospitality industry, UKHospitality chief executive Kate Nicholls and Pride of Britain Hotels chief executive Kalindi Juneja, there were still issues women faced, such as the gender pay gap, the transition from maternity to going back full time and juggling a career and family. Gordon suggested a forum should be set up where these topics could be raised.

“Collaborate with other women compete with yourself” is a mantra of Mary Jane from MJ Inspire who gives people a hand up, supports them and promotes them and is someone who inspires Gordon.

Moving forward, the industry could break down stereotypes facing women through continuing to have the topic on the table at industry events, in relevant publications and in the digital world.